St.Spiritus was founded 750 years ago as a hospital.

The cultural center St.Spiritus has its quarters in one of the most beautiful architectural monuments of Greifswald. St.Spiritus was the municipal hospital since the Middle Ages. It served to receive and care for the sick, the elderly, hikers and strangers. The first documentary mention of the Hospital of St. Spirit dates back to 1262, when it refers to the annual donation of rye and malt by Duke Wartislaw III for the maintenance of the poor.

The hospital also had a church hall, built at the end of the 13th century – the “Olde Hilligengeists Kercke”, of whose walls some is still visible. The history of the former chapel is changeable, besides the sacral use, the room was used as a metal foundry and after the Reformation was provided with a house tree and half-timbering, which is still preserved. From 1748 there was a bakery in the hall. This craft was practiced in the house for over 200 years and only came to an end in 1973 when the oven collapsed. The building fell into disrepair and was fortunately saved and extensively renovated after the fall of the Wall. Today this hall, which has been rebuilt several times and is a listed building, houses one of the most beautiful venues in the city.

The picturesque, low courtyard buildings date back to the 16th century and were inhabited until well into the 1970s. Today, event rooms and workshops are housed in the courtyard stalls. The view of the leaning gabled houses with the cathedral in the background is one of the most beautiful photo motifs of Greifswald, which can be visited on the “Open Monument Day” and on request. The bell donated by Duke Philip Julius of Szczecin in 1623, which used to call for devotions and meals, still hangs in the courtyard. It bears the inscription “Oh God save me all time from misfortune and my misgonnr envy. Then my life change and end I put in your hands.”

The present appearance of the building ensemble of St. Spiritus was obtained in the Swedish period. The main house was built in 1740. Colorful classicist wall and ceiling paintings are still preserved in many rooms.

Guided tours of the monument from the attic with baroque freight elevator wheel to the medieval cellar vault and workshops on historical writing and historical handicrafts are available on request, as well as project days of schools. 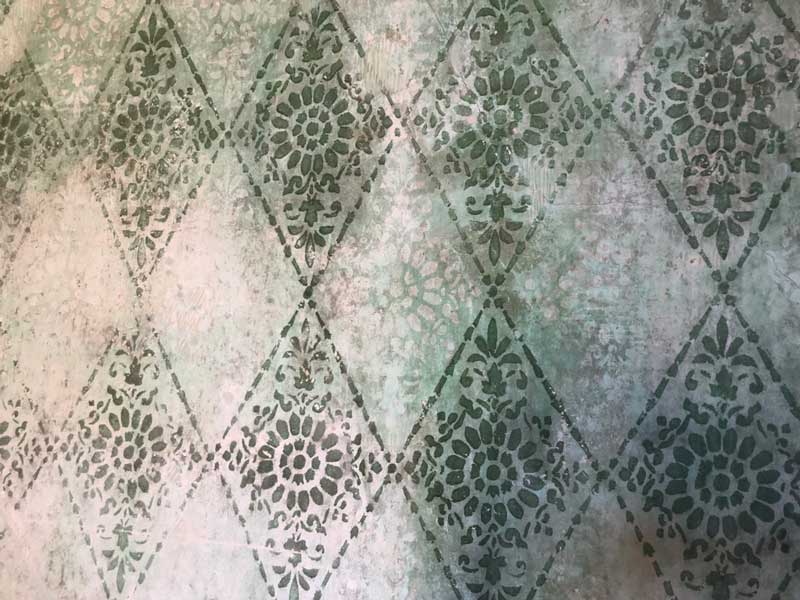 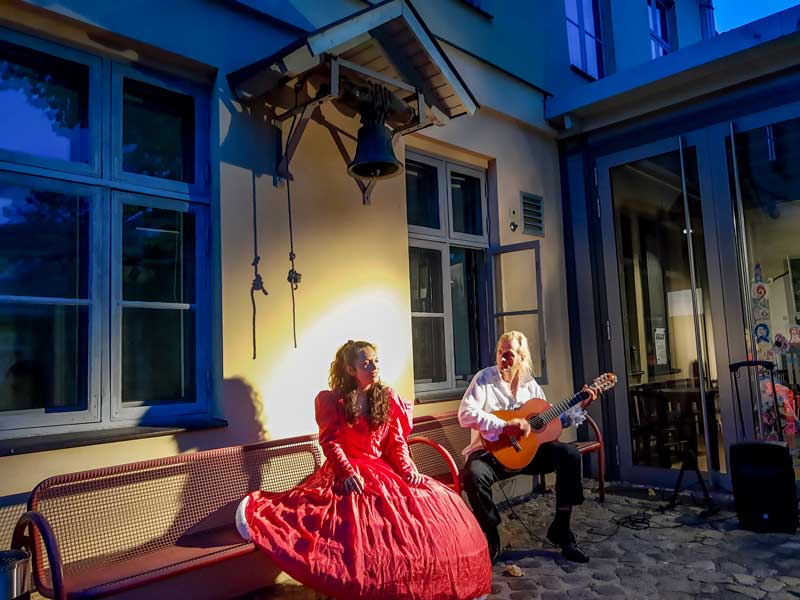 Sibylla Schwarz concert with the theater Phoebus at the historic bell 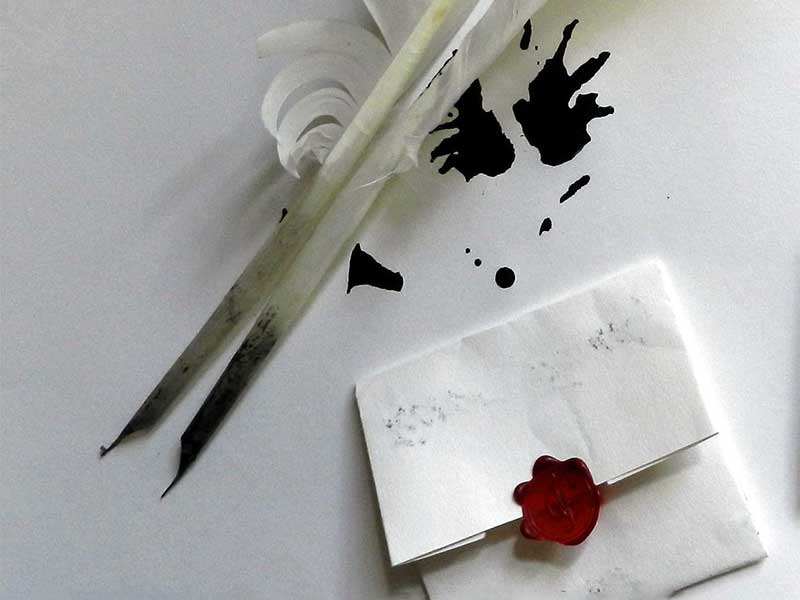